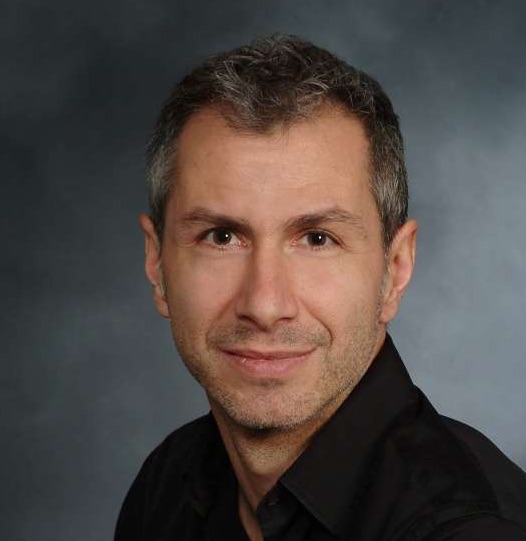 Dr. Simon Scheuring, a professor of physiology and biophysics in anesthesiology at Weill Cornell Medicine has been awarded a prestigious National Institutes of Health Director’s Pioneer Award for a project aimed at solving long-standing mysteries about the structural workings of important proteins.

The NIH Director’s Pioneer Awards, part of the NIH Common Fund, established in 2004, support scientists who have “outstanding records of creativity” and are “pursuing new research directions to develop pioneering approaches to major challenges” in biomedical and closely related fields. Dr. Scheuring’s award will fund his laboratory with about $1.2 million per year for five years. This is Weill Cornell Medicine’s second Pioneer Award, with Dr. Howard Fine having received one in 2017.

Dr. Scheuring will use the funding to develop techniques for recording the structural dynamics of ion channel proteins that are activated by physical stimuli, specifically force, temperature or voltage. These include ion channels that are embedded in nerve ends in the skin and allow humans to sense cold, heat or touch, as well as voltage-sensing ion channels that trigger brain cells to “fire” signals at each other.

“I’m very grateful for this unique award, which will allow my laboratory to pursue this novel and potentially transformative research,” Dr. Scheuring said. “It would probably be impossible to fund such a project through ordinary grant mechanisms, given the technical development of methods that will be required.”

More established structural imaging methods, such as X-ray crystallography and cryo-electron-microscopy (cryo-EM), use X-rays and electrons to make images of proteins from which scientists can deduce their structures—even while they are bound to their natural binding-partner molecules, or to drug molecules. However, some proteins, notably many ion channels, evolved to respond not to partner molecules but to physical cues, such as changes in pressure, temperature or voltage. These physical stimuli typically can’t be introduced during traditional structural imaging. Thus, scientists don’t fully understand how such ion channels look in their native state—under tension in a cell membrane for example—or how they respond to changes in their activating stimulus.

To determine those structural dynamics—to discover how these ion channels really work, in other words—Dr. Scheuring will make use of a technology called high-speed atomic force microscopy (HS-AFM), which produces a high-resolution image of an object by running an ultra-sensitive probe across its surface, much as a blind person might “see” someone else’s face by feeling it.

“With HS-AFM we essentially can make movies of processes at the single-molecule level,” Dr. Scheuring said. “In this project we’ll develop methods to apply force to the molecule being imaged, or change its environmental temperature or even apply a voltage across it.”

In August 2019, Dr. Scheuring and his colleagues published in Nature an early finding from this pioneering research program: They adapted HS-AFM to determine the basic structural dynamics of Piezo1, an ion channel protein that senses mechanical force and works, for example, in blood vessels to sense blood pressure.

Ion channels that are activated by physical stimuli are involved in, or conceivably could be manipulated to help resolve, a wide range of important diseases, from hypertension to epilepsy and schizophrenia. Knowing more fully how these ion channels work should make it easier for scientists to repair or alter them therapeutically, for example with drugs. And while ion channel proteins are the focus of his newly funded project, Dr. Scheuring noted, many other proteins function, or fail to function, in a way that depends intimately on force, temperature or voltage.

“Not applying native physical stimuli to these proteins as we analyze their structures and functions has meant that we’ve been missing a big part of the story,” he said.