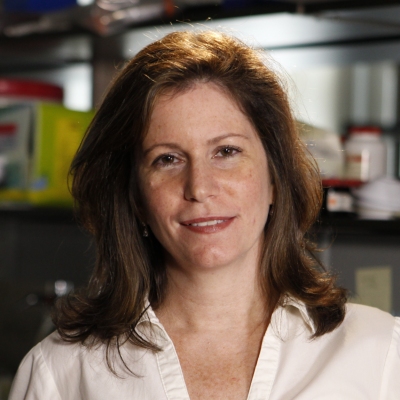 Dr. Sheila Nirenberg, the Nanette Laitman Professor in Neurology and Neuroscience and a professor of physiology and biophysics at Weill Cornell Medicine, has been named one of Crain’s inaugural Notable Women in Technology in the Greater New York City area.

Dr. Nirenberg is one of 75 women chosen by Crain’s New York Business. Among those recognized are deans, chief information officers and company founders in science, education, finance and fashion.

“This is an unexpected honor,” said Dr. Nirenberg. “As we try to get more women in technology, I hope I can serve as a role model to girls who are interested in these fields – to use their ingenuity to solve real world problems.”

Dr. Nirenberg founded two companies based on technology she developed at Weill Cornell Medicine. The first, Bionic Sight, is developing a new kind of prosthetic device for people who have lost their vision to retinal degenerative diseases. Her technology bypasses the degenerated tissue to send signals directly to the optic nerve. The optic nerve cells then send these signals on to visual areas in the brain. Dr. Nirenberg unlocked the code that the optic nerve uses to transmit visual information from the retina to the brain, making the work unique. For this work, she received a MacArthur Foundation “Genius” Award in 2013.

Dr. Nirenberg’s second company, Nirenberg Neuroscience, is using the same principle to enable robots and self-driving cars to “see” the way people do. She is an equity stakeholder in both companies.

“There’s huge, humbling joy in the possibility of taking a discovery I’ve made, turning it into an invention and then into a treatment for patients, possibly restoring sight to people who can’t see,” Dr. Nirenberg said.

“It’s also just plain fun and interesting to apply the same idea to robots,” said Dr. Nirenberg, who is also a professor of computational neuroscience in computational biomedicine in the HRH Prince Alwaleed Bin Talal Bin Abdulaziz Al-Saud Institute for Computational Biomedicine at Weill Cornell Medicine. “When a robot’s brain, which is just a machine learning algorithm, receives the same signals that our brains receive, it starts to solve problems the way we do – like face recognition, navigation, emotion detection and many other things. It’s exciting and potentially enormously powerful.”