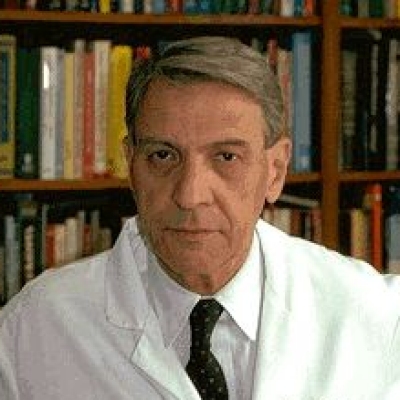 Luminal Na+ entry occurs via amiloride-sensitive Na+ channels which are regulated, in part, by the intracellular Ca2+ ion concentration. Because of the presence of Na+-Ca2+ exchange in the contraluminal cell membrane, cell Ca2+ rises and falls in parallel with the intracellular Na+ concentration, which in turn depends upon the activity of the Na+-K+ pump in the contraluminal cell membrane. This negative feedback control mechanism prevents the cell swelling or osmotic rupture of the cell that would otherwise occur whenever there is a reduction in the rate of Na+ extrusion via the Na+ pump. The same feedback mechanism responds to stimulation of the Na+-K+ pump by increasing the rate of Na+ entry via the luminal Na channels and thereby assuring an adequate supply of substrate for the Na+-K+ pumps in the contraluminal cell membrane.

In other studies the laboratory has expressed a renal Na+-Ca2+ exchange protein as well as multiple water channel activities in Xenopus laevis oocytes by the injection of mRNA derived from different parts of the mammalian kidney.

Both electrophysiological and molecular biological techniques are currently employed in the laboratory. These methods include patch clamping of surgically exposed apical cell membranes of single cortical collecting tubules of rat and rabbit kidneys and expression cloning of channel and transport proteins present within the mammalian kidney.

the protein-induced bilayer deformation, has an energetic cost

that varies with changes in protein shape and bilayer properties. The free energy difference of a conformational change between protein states I and II

the bilayer . For integral

membrane proteins, with their irregular protein/bilayer boundary, there will be an additional contribution from the inevitable residual exposure of hydrophobic and polar residues .

What are the relation(s) between molecular structure and bilayer-modifying potency; can we predict the changes in bilayer properties (expressed as ) based on a drug’s structure?