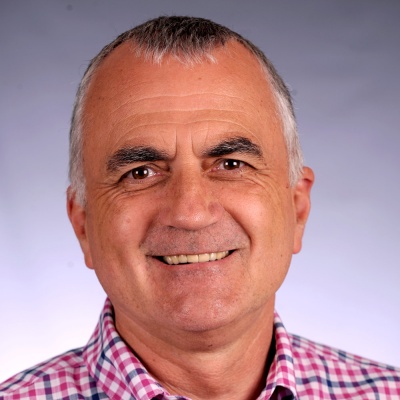 Dr. Douglas L. Bovell joined Weill Cornell Medicine – Qatar in September 2014, as Professor of Physiology in the Medical Education Division, where he now serves as Course Director for Health, Illness and Disease parts 1 and 2, as well as being Assistant Dean for Foundational Sciences. Dr. Bovell joined from Glasgow Caledonian University (GCU) where he was Professor of Physiology and served as Associate Dean International for the School of Health and Life Sciences, Interim Director for GCU’s International Office and Student Recruitment Services and Head of International Development Coordination in the School of Life Sciences.

Dr. Bovell was born in Scotland, UK and obtained a BSc (Hons) and a PhD in Physiology from the University of Glasgow. He pursued Postdoctoral research studies at the Institute of Physiology, University of Glasgow before taking up his first teaching post at Queen’s College / GCU, Glasgow. An experienced academic leader and administrator, he served, throughout his time at GCU, on university management committees and program development boards. He is passionate about teaching physiology and contributed to the development of this and other programs in his department through serving on the UK Physiological Society’s Education and Policy Committee and being a Fellow of the Higher Education Academy in the UK. In addition, he devised, developed and was Program Lead for a Masters in Biomolecular and Biomedical Sciences. He is excited about contributing to teaching physiology in WCMC-Q.

In his various international roles, he helped develop an internationalization strategy for both GCU and the School of Health and Life Sciences and was responsible for the development of educational links with overseas partners. Evidence of his leadership in this area is the development of a joint Master of Science program between GCU and the University of Misurata in Libya, and a Bachelor of Science in collaboration with the Institute of Health Sciences in Muscat, Oman, as well as professional development training courses offered by GCU for the Saudi Arabian Ministry of Health.

Dr. Bovell has taught a wide range of courses in physiology, histology, and cellular pathology at undergraduate and graduate levels and has advised and mentored Master and PhD students, as well as serving as an External Examiner for both PhD and Masters theses in the UK and abroad.

His research interest is in the field of human physiology with emphasis on epithelial transport, particularly using sweat glands as a model for exocrine gland physiology in health and disease.

Professor Bovell successfully organized a Qatar National Research Fund (QNRF) sponsored international research workshop on ‘Ion Channels and Transporters in Health and Disease’, which had leading researchers in these fields, from Europe, the Far East and the Middle East, presented details of their research. The workshop was held in Doha in February 2016.