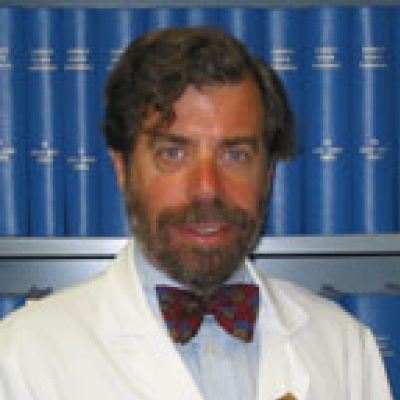 Since 1981, I have been the PI of RO1-DK29857, “Theory of solute and water transport across epithelia”, and the principal aim of that project has been the creation of mathematical models and computer simulation of renal function. The original focus of this project was proximal tubule transport, although at this point, my published models of kidney tubules now comprise a complete collection of nephron segments, as single entities and concatenated to form a complete nephron. Most recently, the project has achieved its ultimate objective of a full kidney simulation, in which renal medullary vasculature is included, and interstitial solute concentrations emerge as model predictions. The model represents Na, K, and acid/base transport under normal and pathological conditions, and predicts their renal excretion.

In conjunction with this modeling project there have been several productive collaborations with experimental labs. The most sustained effort has been with Dr. Tong Wang to examine flow-dependent transport in proximal tubule, as the mechanism underlying glomerulotubular balance. That work identified proximal tubule microvilli as flow sensors, provided an equation for their activation, and examined cellular signals that modulated the impact of flow on transport. Additional collaborations have been with Dr. Susan Wall to investigate intercalated cell-principal cell interactions in cortical collecting duct transport, with Dr. David Ellison to examine the impact of peritubular potassium to modulate distal tubule sodium reabsorption, and most recently, with Dr. Lawrence Palmer to understand distal nephron potassium secretion during periods of sodium deprivation.

My practice as a clinical nephrologist provides a translational sensibility, namely a practical knowledge of fluid and electrolyte disorders and of diuretic effects, which can guide and prioritize the simulations. Hypertension and edema may be due in part to excessive sodium absorption in one or more regions of the kidney, and treatment of sodium retention with diuretics can have adverse effects on blood levels of potassium and bicarbonate. This modeling effort will provide a tool for simulation of both the disorders and their treatment. All of the model computer codes, and reference to model publications may be found on the github website, under “kidney-models-amw”.